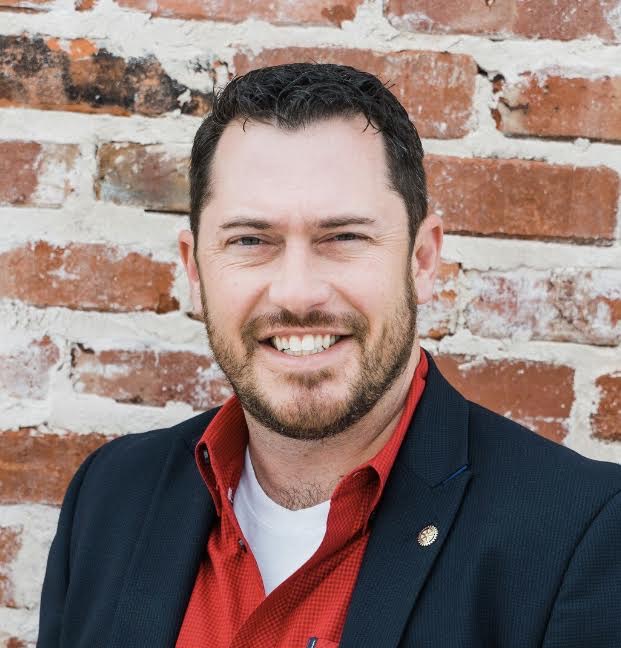 Matt Tipton is a proud charter member of OKC Midtown Rotary, District 5750. During his service he has served as Past-President 2016-2017, Assistant District Governor 2018-2019, Vice President, Treasurer, Sergeant of Arms, Midtown Rotary Foundation board member, various committees, and the infamous Beer Meister. Outside of Rotary, Matt is a local business owner that has taken a 15 year career in Human Resources/executive leadership and turned it into a business, Why HR www.whyhr.guru that is the support arm for local business owners ensuring they have the tools they need for sustainability and growth. He has also extended his reach by becoming a key note speaker on the topics of culture, diversity, organizational development and creating a training course for emerging supervisors and organizational leaders called “Let’s Talk!”. His entrepreneurial spirit doesn’t stop there, as he has also started and maintained the companies Physicians Local www.physicianslocal.com a company centered around connecting the community to local physicians, PL Providers www.plproviders.com a company designed for employers to offer their employees affordable Direct Primary Care, and Back Office Bookkeepers www.YouNeedBOB.com designed for solo-preneurs, small businesses, and independent contractors affordable bookkeeping services. Additionally, in the community Matt proudly serves on the board of his Alma Mater, University of Central Oklahoma, and has Chaired and still serves as the Art Committee Chair for the Omelette Party for the Oklahoma City Museum of Art. Matt recognizes that it is an incredible honor to serve as District Governor, but an even bigger honor to be a part of an organization that extends its reach throughout the world and stays consistent with its message of service above self.  Matt is married to Brook Tipton, and it’s only with her support that he takes his next steps with Rotary and making a difference one service act at a time. 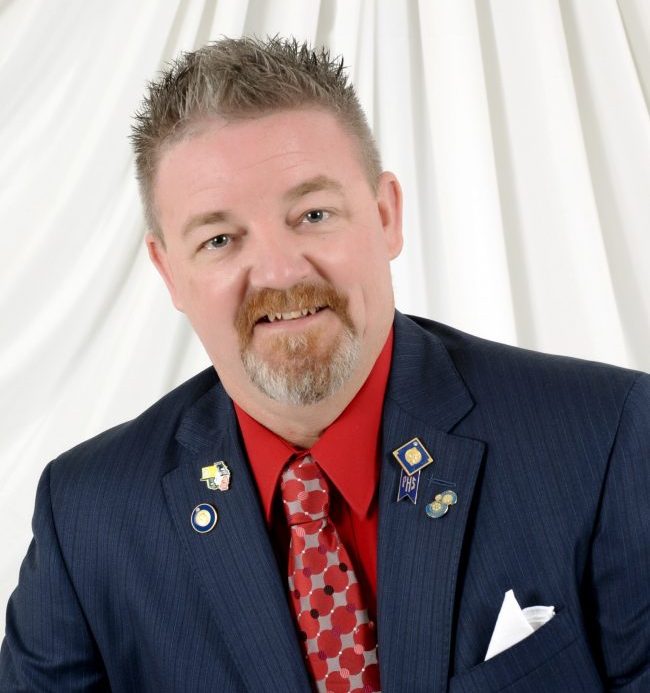 Kevin Merrill is a member of the Rotary Club of Harrison, Arkansas. He has been in Rotary for 16 years and served as President of his club in 2016-2017. Under his leadership, the club became a 100% Paul Harris Fellow club. Kevin has personally sponsored 18 people into his club. He was selected as Rotarian of the Year in 1999 & 2014. He served District 6110 as an Assistant Governor from 2017-2019, and served as Lieutenant Governor, assisting the district’s Arkansas and Missouri Assistant Governors in 2020-2021. He was also proud to serve the district as the Paul Harris Society Coordinator from 2017-2019, and with his team, raised an additional $33,000.00 per year for the Rotary Foundation.

Kevin spent most of his early life in Tulsa, Oklahoma, before moving to Eureka Springs, Arkansas in 1980, to attend high school. Kevin is a U.S. Navy Veteran and served aboard the U.S.S. Carl Vinson. He met his wife, Lisa, in high school, and they have been married for 34 years. Lisa is an active Rotarian as well. They have owned and operated Main Street Service Center, a vehicle repair shop, for over 31 years. They were named winners of the “Torch Award for Ethics” from the Better Business Bureau of Arkansas in 2014 and were finalists for the same award from the International Better Business Bureau in 2015. Kevin is a graduate of the Dale Carnegie Training Course and received the “Highest Award for Achievement” from his classmates.

Kevin and Lisa are the parents of one daughter, Jessica, and her husband, Landen. They greatly enjoy two grandchildren, Jasen & Madelyn, and have another one on the way!! When not serving in Rotary, they also enjoy traveling, enjoying our beautiful country. Kevin and Lisa are both Paul Harris Fellows and members of the Paul Harris Society. They are Level 1 Major Donors, Bequest Society Members, and District 6110 Leadership Academy Graduates. Kevin was also selected as District 6110 Assistant Governor of the Year in 2017-2018. They traveled to Piedras Negras, Mexico, in March 2017 on a Rotary Chiropractic Mission and traveled to India in January of 2020 for the NID. “National Immunization Days” where they joined Rotarians from around the world to give life saving Polio drops to children. Kevin was excited and honored to be selected by the District’s College of Governors in January 2019 to serve as District Governor in 2021-2022. He and Lisa are looking forward to working with the 79 clubs in our district to build stronger and better Rotarians! 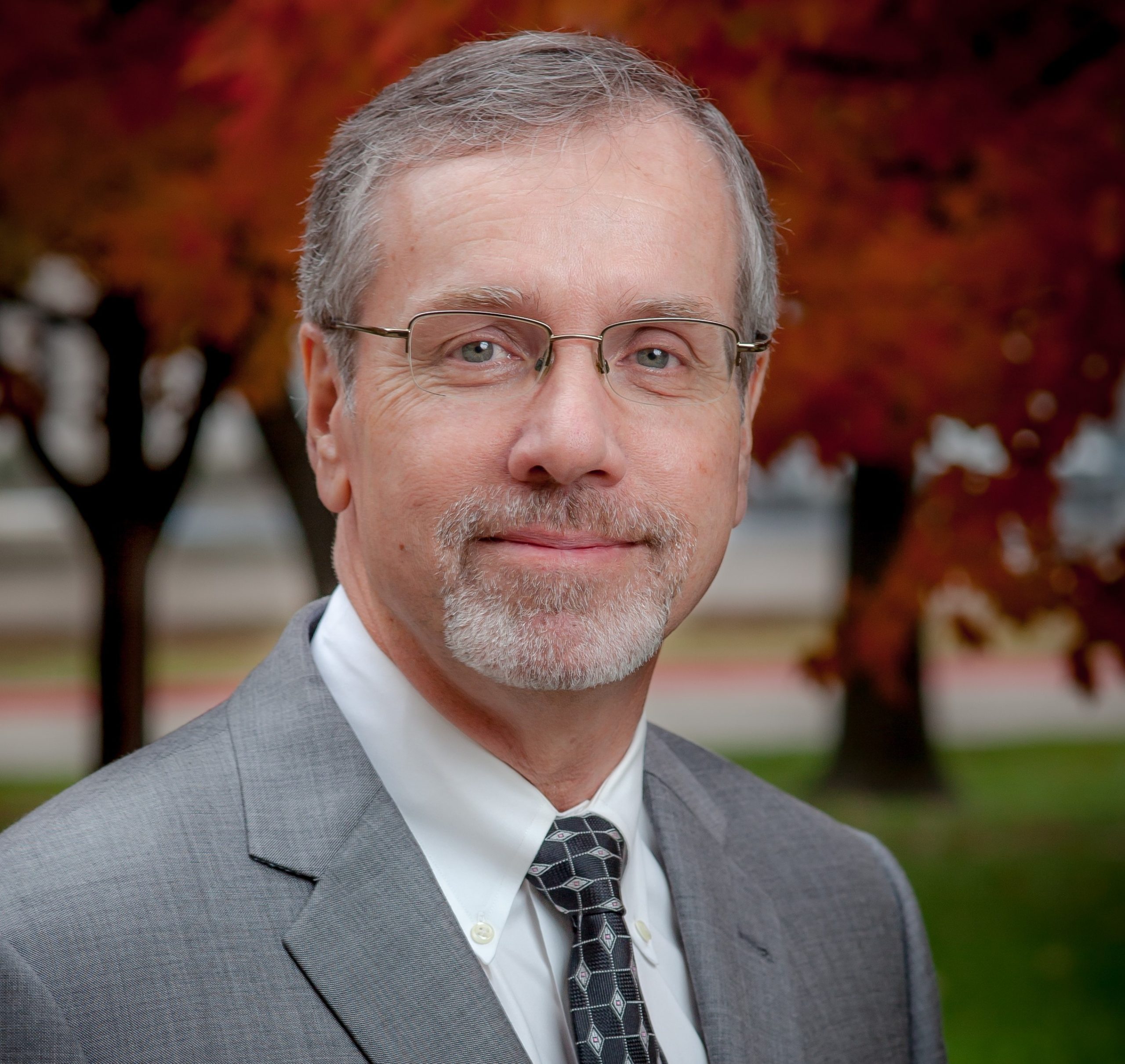 Mr. Arbuckle graduated from Abilene Christian University with a BA in Biblical Studies.  He later received a BS degree in Civil Engineering from Texas Tech University.  He currently serves as Senior Vice President and Operations Manager for Halff Associates, Inc., a regional engineering firm where he focuses on transportation planning, design and management.  He established the Little Rock office in early 2017.  He is an alumni of Leadership Greater Little Rock (Class XVI) and served as President for the Little Rock Engineer’s Club. He served on the Board of Directors for the Boys and Girls Clubs of Central Arkansas.  James recently served as President of the Arkansas Section of the Institute of Transportation Engineers.

James has been a member of Rotary since 1996 serving in various officer positions in the Rotary Club of West Little Rock (WLR) including President in 2007-2008. He was instrumental in bringing back the Soap Box Derby to Central Arkansas and served as Director for 4 years.  This project focused on reaching out to underserved youth in the community.  He was selected as Rotarian of the Year in 2000-2001 and is a multiple Paul Harris Fellow.  James organized the Club’s 50th Anniversary celebration and co-chaired the 60th Anniversary.  He previously served as Assistant District Governor for District 6150 and currently serves as Foundation Chair for the WLR Club and District 6150 Governor Elect.

James and his wife of 36 years, Melinda, have four children, one grandson and four cats.  They’ve attended Pleasant Valley Church of Christ since 1994.  He co-teaches an adult discussion group bible class, leads a life group and serves as a Deacon focusing on missions.  In his spare time James enjoys traveling, weightlifting, golf, and watching movies. 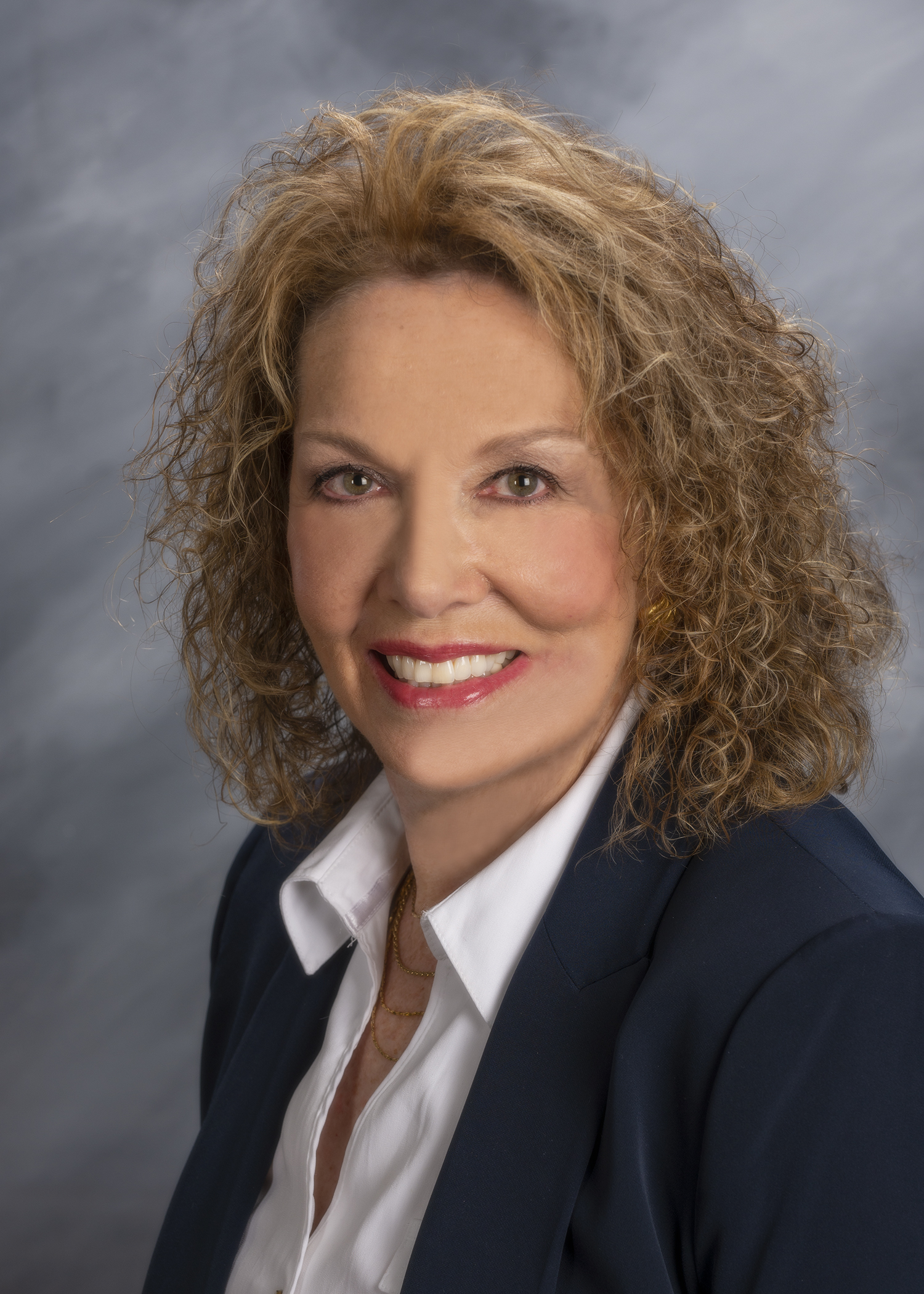 Kathy joined Rotary in November of 2003 continuing the family legacy of Rotary. She is a member of the Rotary Club of Arkadelphia Sunrise and has served in many capacities including secretary, President, chair of multiple committees and at District level as District Trainer, Chair of the Jeff Farris Leadership Academy, Group Study Leader to Finland, District Chair of Group Study Exchange, District Conference chair, District Fundraising Chair and three terms as Assistant Governor.  As recognition for her efforts she was awarded the club “Rotarian of the Year” and the “Rotarian of the Year” twice at District Level.  Additionally, Kathy is a multiple Paul Harris recipient.

Kathy Carter was born and raised in New Mexico. Kathy grew up with a strong view of service modeled by her mother, an educator, who was a tireless advocate for education and children in need.

Kathy earned a BA in Behavioral Science as well as an M.Ed. Her professional career has included work in Social Work as well as teaching in public and higher education. She and her family lived in Germany for seven years before relocating to Arkansas. The time in Europe encouraged her work with second language peoples, diverse populations and gave her an appreciation for travel. The Carters continue to travel and often spend summers abroad.

When not busy teaching or serving through Rotary, Kathy devotes time to her three grandchildren, traveling, volunteering in professional organizations and involvement in civic and church endeavors.   A quote from Booker T. Washington offers Kathy the inspiration of her leadership vision.  “The world cares very little about what a man or woman knows; it is what the man or woman is able and willing to do that counts”.

Kathy’s greatest encouragement comes from joining in the work and efforts of fellow Rotarians and their families.  Kathy looks forward to proudly and humbly serving as your District Governor in 2021-2022. 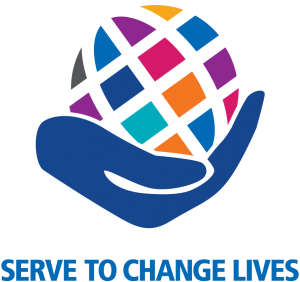